Located on the slope of the impressive 3,645m high Monte Vioz, this little village in the Stelvio National Park is a gem, offering everything we are looking for in a stage town: stunning nature, charming traditional architecture, good food and trails starting virtually straight out of the village center. In Val di Peio, biking has become an increasingly popular sport due to sensational trails with stunning views. The small village at the foot of the Ortler-Alps convinces with its green meadows and forests. A special highlight is the glacier, from which small creeks keep searching for their way down into the valley.

Next to the sporting opportunities, Val di Peio also has numerous historical and cultural traditions that have been handed down for several generations. The Ecomuseum of Val di Peio "Piccolo Mondo Alpino" tries to valorise the valley’s peculiarities: agriculture and animal breeding, woodworking and craftsmanship, rural architecture and religious beliefs and an essential resource, water as a source of life. It promotes local culture and a sense of identity by collaborating with the local population through the organization of educational workshops suitable for all ages.

Traces of the White War can be easily rediscovered at the Pejo War Museum and on the Taviela peak, at an altitude of 3,000 meters, where the ruins of a lookout post can still be found, reachable in a flash thanks to the Pejo3000 Cableway. Along the Great War (WWI) routes, from the “Sentiero dei Tedeschi” to the “Sentiero Italia”, it is possible to rediscover traces of the conflict, with numerous sites that have remained unchanged to remember these tragic events.

In addition to the different species of fish that can be found in the streams and alpine lakes, in Val di Peio, you might even find yourself face to face with different animals. The inhabitants of the Stelvio National Park are: chamois, white partridge, roe deer, foxes, capercaillie, ermines, ibex, wolf, bear, black grouse, marmots, owls, hawks, eagles, badgers, woodpeckers, hares and deer. In autumn, you can also hear deer bellowing with guided tours organized by the Stelvio National Park.

It doesn't happen every day that you have the chance to admire the sun rising at 3000 meters. It is a unique way to wake up, with the first morning sun, the one that caresses our faces peeping out from the white peaks. It is the cold wind of the first moments of the day, it is a hearty, sweet and savoury breakfast at the mountain hut, which makes it the perfect start into the day. Of course, many people think "Why should I wake up so early?" But it's worth it, trust us... 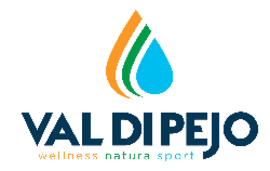