Without these guys, nothing would work at the BIKE Transalp: To ensure that all participants experience an unforgettable week, around 150 organisers and helpers are involved - directly on site or behind the scenes. For many of them, the Transalp is a project of the heart, some have been part of the crew since the beginning of the Transalp and are already well known to the participants. We like to portrait some of them, representing the entire crew. 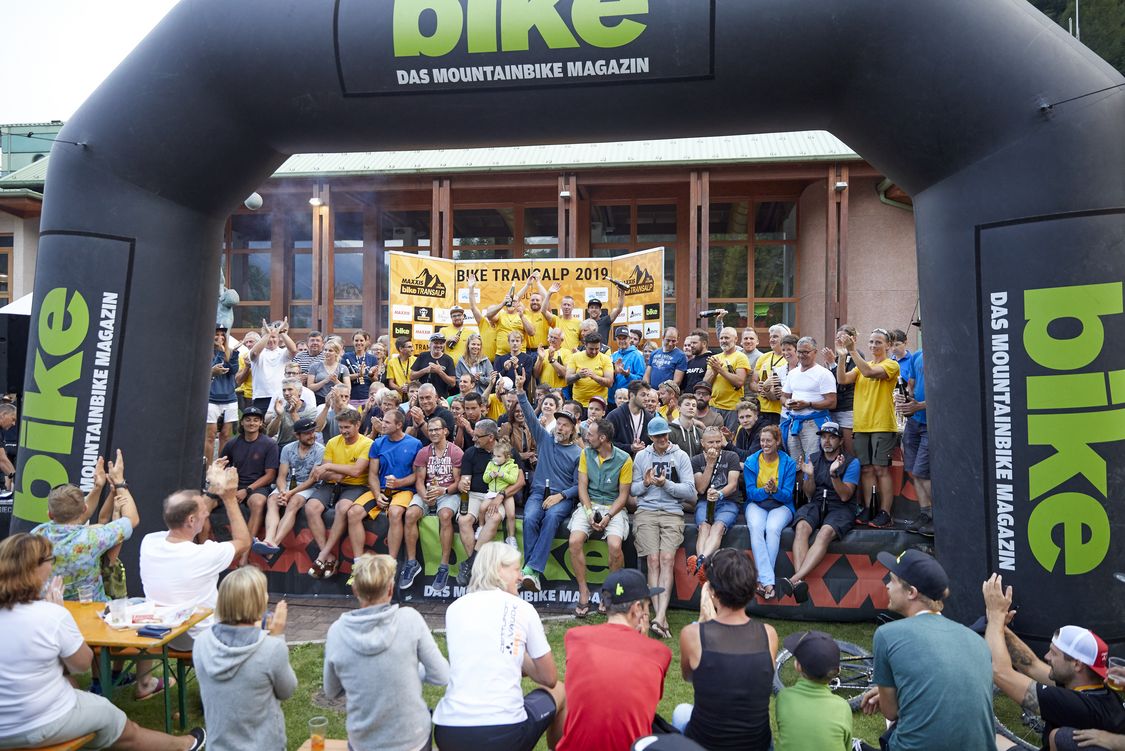 Marc Schneider is drawn to the mountains like moths to a flame. The route manager knows the name and height of almost every major peak along the Transalp route. When he's not cruising through the Alps on his bike, he enjoys climbing up the mountains by foot, in summer with a via ferrata set, in winter with touring skis. Therefore, the best part of Marc`s job is the planning period, when he usually goes into the mountains with his Italian colleague Loris Tagliapietra to search for new routes. Sometimes they follow vague tips or indeterminate map information, sometimes with the luck of discovering a great path, sometimes with the result of having to push or carry the bike for an hour. There has already been one or the other wild anecdote to narrate. Marc wants to keep this spirit of discovery and transfer it into the route planning. The Transalp week is full of deja vu for the route boss and he is happy to share these special mountain experiences with others. 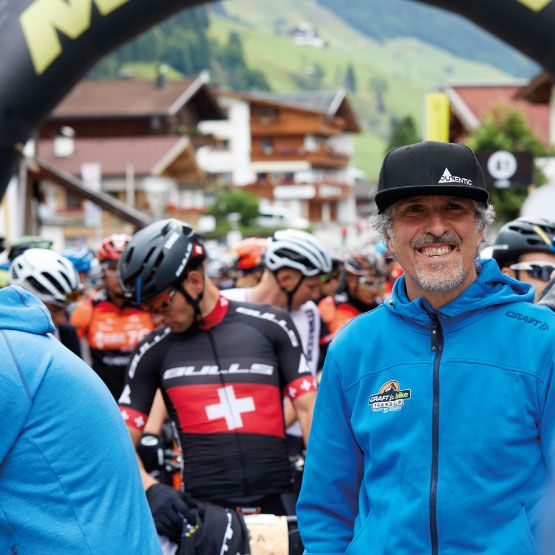 Jan Leschinski (51) from yunique in Hamburg has been responsible for organising the BIKE Transalp since 2013. While the participants train for months for their Transalp, Jan is busy behind the scenes planning and coordinating the event so that everything runs smoothly during the event. From day one to the final, Jan is always busy, but the week also means "pure fascination and adrenaline" for him. Dream job? "I do my job where others spend their holidays - that's all you can want." New challenges and surprises await every day - "that's another thing I love about this job, it never gets boring." The graduate in sports science was already enthusiastic about cycling in his youth and was himself active in a cycling club, even today he still rides across the Harburg mountains. And at some point, "that is my clear goal", the father of two children wants to finish the Transalp as a participant. 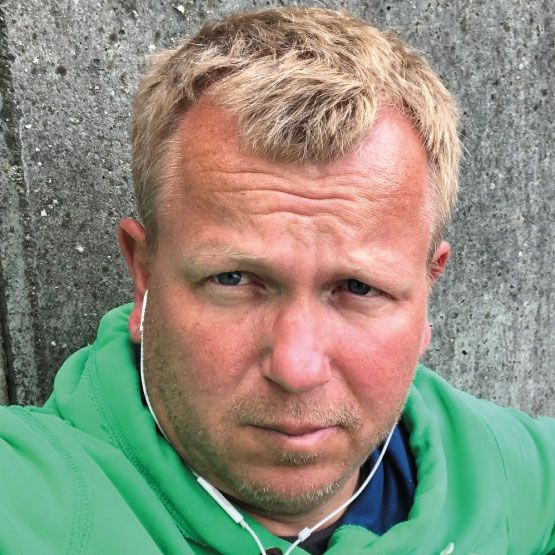 He knows every corner of the Italian Alps: Loris Tagliapietra has been the Italian course director of the Transalp for ten years, always in close cooperation with race director Marc Schneider. The 62-year-old was born in Arco, several times the finish town of the Transalp, and still lives there today. His job is to obtain all the necessary permits from the Italian authorities to hold the event and to ensure safety on the course.  In his "real" life, his job also includes management of sporting and cultural events as well as security for trade fairs and conferences. During and before the Transalp, he enjoys the contact with the authorities as well as with the participants. "I have already got the chance to meet many interesting people, which have remained as friendships. The Transalp week is full of unexpected events, but also full of fulfilments." As the Italian route director, Loris knows the route inside out. He rides the entire route several times in advance - often together with Marc Schneider - to check that everything is okay. 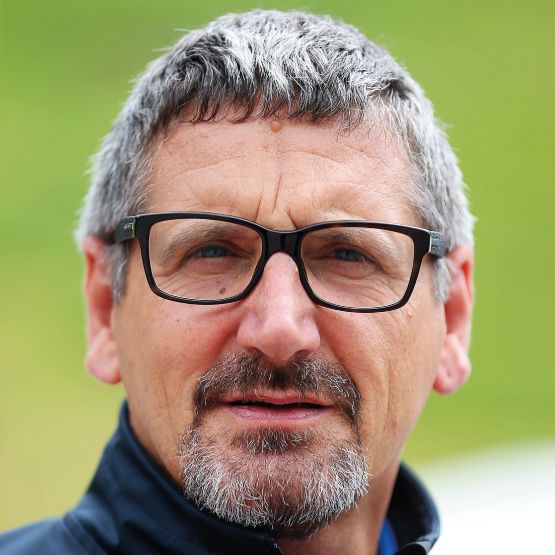 Safety plays a major role in his life – both at the Transalp and in his regular job. Georg Koch, who has been the head of the roadway support system for many years, and his team ensure the safety of the participants, from the start to the finish. The father of four children, who lives near Munich, is 48 years old, married and works for the criminal investigation department in the Bavarian capital. In 1997 he got to know the BIKE Transalp as a participant, worked for the first time in 1999 as a helper in the bag team and today he is responsible for the route-team, consisting of about 30 people who take care of numerous tasks. Koch himself is responsible for the signposting and final route control. In this way, problems with the route that are often unforeseen can be identified and eliminated in advance - this can also include jobs like tree felling after storms. "The nice thing for me about the Transalp, besides the landscape and the mountains, is the change from my main job." 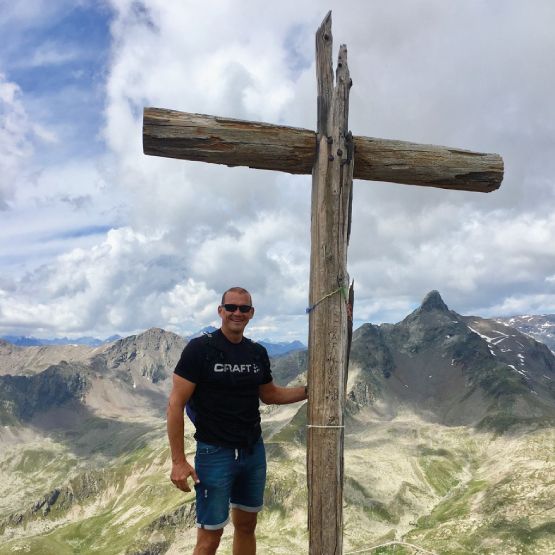 Without him and his team, nothing would run at the BIKE Transalp. Chris Schellmann has been part of the set-up team since 2013 and since 2015 he is leading one of the groups, making sure everything is ready each day in the start and finish area. "Despite very busy working days, this week is always an experience. We work in the most beautiful places of the Alps in a very big and diverse team." When the 51-year-old from Bavaria is not at the Transalp, he works as a specialist for sewage technology or rides mountain bike himself. The set-up team is responsible for dividing up the starting blocks, setting up start and finish arches, as well as advertising banners and much more. While one team quickly dismantles averything after the starting shot, the other team is already busy with setting up the finish zone. A logistical challenge, because every location is different. 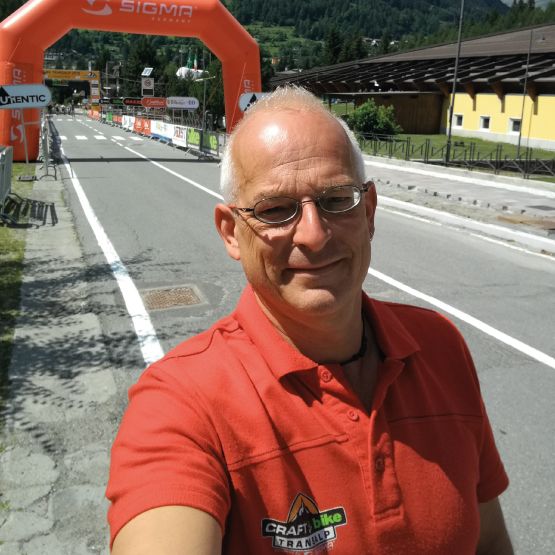 You can't get around Daniel Bechtel at the Transalp. The Bavarian has been supporting the day bag team for eight years (now as manager) and is thus one of the first points of contact for every participant at the finish.  When the 51-year-old is not racing across the Alps loaded with thousands of bags, he is either taking care of his three children, his job at the district administration office or one of his numerous main and honorary posts - all of which have one thing in common: helping! Be it in civil protection, in medical training in mountain rescue or as a crisis intervention consultant. Also at the Transalp, he is taking care of more than just the day bags. Since his team is one of the first places to go to, the crew also acts as an information point: Where can I find what? Massage, pasta party, camp? He also runs the free laundry service. "Every year, the Transalp weeks offer new unique experiences and beautiful memories for life, while I do my best every day to provide the participants an unforgettable Transalps experience." 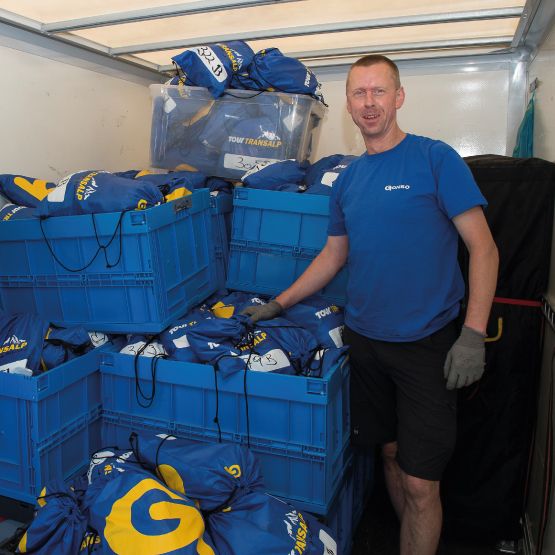